On April 25, 2015, Nepal was hit by a devastating earthquake. Days after the disaster, the SHO – a Dutch foundation of cooperative relief organizations including UNICEF and Red Cross – organized a nationwide campaign to raise money for the victims. Rather than having the usual TV studio set-up with a celebrity call panel, they were aiming to focus on social media for the first time. I proposed to support them with KLM’s facilities, expertise, and experience on social media.

SHO (Stichting Samenwerkende Hulporganisaties ) happily accepted the offer, after which we transformed the KLM Social Media Hub into the Giro555 Social Hub for a day. During the campaign day on May 1st, about 50 KLM social media agents were more than eager to volunteer and come to office in their spare time. Meanwhile, I supported the SHO team at their main campaign location in Amsterdam, still surrounded by countless celebrities and TV cameras. I felt honored to contribute to this unique cooperation.

KLM and UNICEF have been partners since 2013.

More images shared by SHO are available at Facebook.com/Giro555 . 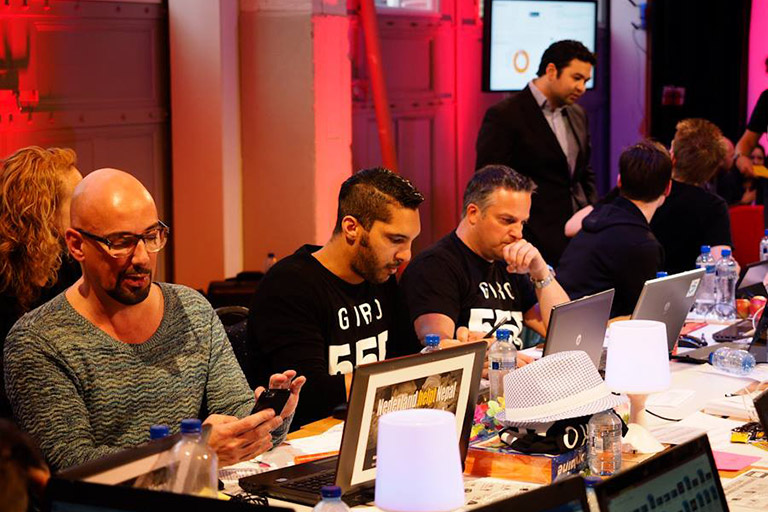 Following our fruitful cooperation we invited all SHO members, as well as the Dutch branch of Doctors Without Borders and Wings of Support  for an exclusive social media workshop.

Thanks @UNICEFnl for the beautiful image. We gave it a prominent place in our @KLM Social Media Hub. @Giro555 #SHO pic.twitter.com/6oOc7yfhqI